How to Pitch Your Library Renovation to Admin

Most of us don't work in state-of-the-art school libraries with unlimited budgets.  Instead most of us work in libraries that are falling apart, often with no budget at all, at a time when society is doubting whether or not libraries should even exist anymore.  Librarians are being fired.  Libraries are being closed.   In order for your library to not only survive, but thrive, you need money.  Money that you can't access or control without the ok and support of your administration.  But how do you ask your admin for money to renovate your library when you're already pretty sure they're going to say no?

Here are some ideas to get you through pitching a renovation idea to your school admin.


Step 1:  Do your research
This one is usually a natural no-brainer for librarians.  Pitching ideas that aren't backed by evidence-based practice is just a waste of everybody's time.  You need to be able to explain WHY you want to do what you're doing, and how it will specifically affect student learning outcomes.  Otherwise, your admin won't be able to go to bat for you.  At the end of the day, it's always about the students, so make sure you gather data about their preferences and needs, or you won't even have a chance. 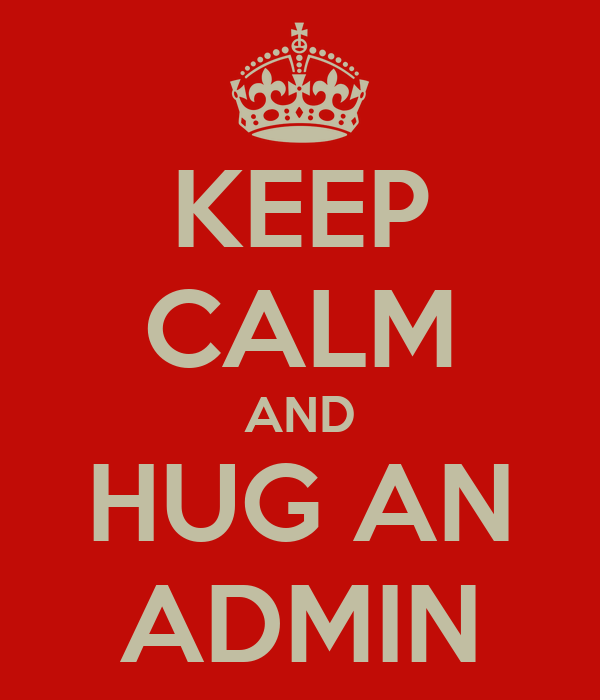 Step 2:  Admins are people too
There's an unfortunate sentiment today that administrators are the bad guys.  They're the ones preventing us from doing what we need to do to make a difference in the lives of our students, from budget cuts to ridiculous scheduling.  The truth is far more complicated.  Sure there are admins that took the job just because they wanted more money, but let's face it, most of us are not in education for the income, but for the outcome.  The truth is that most teachers become administrators because they want to make a difference.  They cross over to the "dark side" because they were teachers once too and really do understand where you're coming from.  I'm a firm believer that the stereotype of the negative nay-saying admin is usually a self-fulfilled prophecy.  When the people you are trying to help (teachers) are rude, dismissive, demanding, and defensive every time you interact with them, it's no wonder that most administrators are stoic, jaded, hard-ass types.  The cycle of antagonism between teachers and admins has to stop somewhere.  Be the bigger person.  Remember that admins are people too.  Believe it or not, MOST of the decisions they pass down to you weren't their idea.  They're just the messengers.  Especially principals and supervisors who are really on the bottom of the admin totem pole.  When you approach them with a need, ask them what their concerns and obstacles are.  Find out if any of your needs could be tweaked into solutions for them.  Everybody goes to admin with things they want, but few people walk in the door with solutions.  Admins LOVE solutions and will usually be more receptive when they know you're willing to work WITH them, instead of just wanting something from them all the time.

Step 3:  Keep it sexy
The boss of admins is the Board of Education.  But the BOE's boss is the public.  If the school community - particularly parents - aren't happy, then your admin is screwed.  The decisions they make are always under close scrutiny, so positive press is job security not only for them, but for you as well.  Therefore, you need to think about how "sexy" your needs are going to be to the public.  Sure, you know that a new rug is  REALLY what your library NEEDS, but making a rug sexy is hard.  It's a hard sell.  But computers are sexy.  And people always expect libraries to ask for more books, even if that's not exactly what you need.  It's not always easy, but you need to showcase the parts of your reno to the public that seem really cool, even if they aren't the most important according to research and evidence.  For example, I wanted to lower my shelves ($27,000 project) but I also wanted to put in a charging station ($5,000 project).  The lowering of my shelves was so "un-sexy" to the BOE and the public that we just didn't highlight it.  Instead, the "juice bar" (charging station) became the most exciting part of the grant, and the shelf construction just sort of slid under the radar.  And you have to make sure that everyone KNOWS how sexy your plan is.  Tweet about it.  Invite the press to a board meeting.  Submit press releases to local media outlets.  The better you make your admin and district look, the higher your chances they'll continue to fund your endeavors.

Step 4:  FREE is a magic word
Admins say no to money requests largely because they have no choice.  It's not really their fault.  The reason you don't have money is usually a much more complicated combination of the economy, property taxes, the decisions of your Board of Education, the philosophies and work ethic of your district's business manager, and past practice.  Anything that you are trying to do that can be done for FREE is huge.  Don't just pitch the things that cost money.  Pitch a vision, and then list the pieces of that vision and what they will cost.  For example say you want to create a makerspace.  Instead of asking for $3,000 off the bat, ask for only $1,000 and get smart with the rest of it.  You could hold a lego drive, get your IT department to give you their decommissioned computers, and get a furniture company to sponsor seating.  None of that might actually be what you are going to do, but if you show that you are willing to meet them half way, they'll work with you.  Show that you have gone out of your way to save the district money!

Step 5:  Think long-term
The scope of your library renovation project should not just end based on how much money you're going for.  It should be a project that encapsulates every aspect of the library.  Like I said before, don't just pitch an idea, pitch a vision.  Instead of asking for computers, pitch an educational technology integration and collaboration installation, which would include not only computers but new furniture conducive to collaboration.  It's still about the tech, but you get to do more AND it affects student learning outcomes more.  Ideally, you want to sell your project in phases.  Let them know that their funding of your project isn't a one-time thing.  That they are instead launching something that will continue.  Ask for the money for phase 1, but make clear what you would do in phases 2 and 3, if you had the money.  IF they fund phase 1, and like how you implement it, they may then be convinced to fund phases 2 or 3.  It doesn't cost you anything to think big, but makes you look like you're really thinking things through, and ensuring that your admin is getting a bang for their buck.